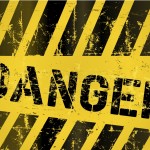 Driving holidays are enjoying something of a renaissance these days. Despite the low-cost of flying, adventurous travellers prefer the freedom of taking their own car and planning a route through Europe.

Modern travellers don’t always want to deposit themselves on the same beach for a fortnight, there’s a whole world out there and taking the car means you can visit several cities on your way to the final destination.

Caravans are making a comeback, too, and with no luggage limit, significant savings if you’re going with the family and a stellar road network through most of Western Europe, then it’s easy to see the attraction.

Of course the European mainland is much hotter than the UK during the summer months, it’s why we go. So make sure you check your air-conditioning before you set off and get it regassed if necessary by Cool Car. If you have to fix it in a foreign land, you may find yourself paying over the odds and losing a day of your holiday, or simply suffering in the sweltering heat!

Here are just a few of the great places within striking distance of Calais.

The French capital has Disneyland Paris, the Eiffel Tower and endless attractions. The capital lies just three hours away from Calais, although you can expect to lose another hour if you get stuck in the traffic round L’Arc de Triomphe.

This is one of Europe’s hidden gems. Not everybody knows about it, but this Belgian city has some of the most stunning architecture in Europe and has provided the backdrop for Hollywood films. It’s great in summer, has one of the finest Christmas markets out there and lies just 90 minutes from Calais.

The Dutch capital is famous for its seedy nightlife, but there is much more to it than that. The Van Gogh, Rembrandt and Vermeer museums provide the culture and the unique canals give the city a flavour all of its own. Zandvoort is a fantastic beach resort, too, and is 20 minutes outside the city. The four-hour trip from Calais takes in Antwerp, too, so if you fancy a stop-off for the night you’ll find plenty to entertain you.

For the more intrepid driver who doesn’t mind 10 hours behind the wheel, the glamour of St Tropez is in your sights. Monaco and Marseilles are just down the road and, with a slight diversion, Geneva is on the way down. Once you’re there you can head to the famous beaches, party with the stars and soak in the glamour of France’s legendary chic resort.

The Spanish city is a full 12-hour drive from Calais, but then again you can stop in Paris, any number of French chateaux and more on the way down. Once you get there, you’ll enjoy the blazing sunshine, the café culture and the 24-hour buzz that is Barcelona. The only problem? You probably won’t want to come home.