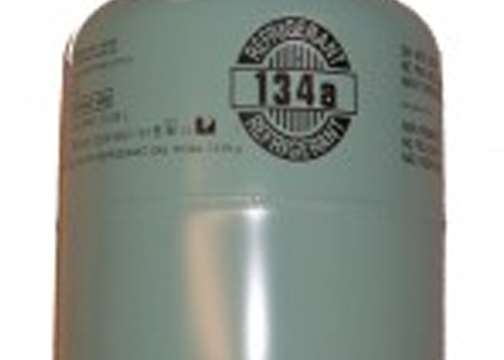 In the mid 1980s, it was identified that air conditioning refrigerants commonly used in cars had a negative impact on the ozone layer. Back in the early days, refrigerants were popularly known as CFC and HCFCs. Both forms contained harmful chemicals that caused the deterioration of the ozone layer. This brought about the agreement of the Montreal Protocol of 1987, where 180 nations agreed upon replacing CFCs and HCFCs with suitable alternatives by 1995 and 2030 respectively. We have looked at these issues before in an earlier blog post about carbon dioxide refrigerants.

These refrigerants date back to over 70 years and pose a great threat to the ozone layer as well as our respiratory systems. The production of CFC refrigerants stopped back in 1995 but unfortunately they are still used for a number of residential air conditioning units since such equipments have a lifetime of about 30 years. Refrigerants found in today’s units have been taken out from reclaimed units that are no longer in existence. Widely used CFC refrigerants include:

These refrigerants are partially halogenated since they also include both ethane and methane along with a blend of chlorine and fluorine. Although they have a reduced impact on the ozone layer they have a shorter lifespan. They can be considered as a temporary solution to a completely ‘free from chlorine’ refrigerant. The production of such refrigerants will be discontinued by 2030. Commonly used refrigerants are:

R-22 is generally used for residential, commercial and industrial units.

These refrigerants are chlorine free and less destructive to the ozone layer with a small impact on global warming. General HFC refrigerants include:

Where R134a is the most commonly used refrigerant in vehicle air conditioning systems, and is only now being replaced by more environmentally friendly R1234yf (a synthetic HFO refrigerant). According to the 1997 Kyoto Protocol, R-134a is one of the 6 greenhouse gases that needs to be eliminated however, there has been no phaseout date for this and it is heavily used in the HVAC industry.

Also commonly known as ‘azeotropic’ and ‘zeotropic’ they are slowly increasing in demand due to their environmentally friendly nature. The only setback experienced for this type of refrigerant is that production costs are quite hefty. Nevertheless, as manufacturers turn their attention to this kind of refrigerant and increasingly use it, the cost will eventually come down. Commonly used refrigerant blends are:

R-410A has replaced the old refrigerant in residential air conditioning applications, while R-407c has replaced R-22.

The government has passed several laws regarding the release of CFC refrigerants and necessary steps that need to be taken include recovery, recycling and reclaiming. What type of refrigerant does your car use? In case, you have an old refrigerant that doesn’t comply with the regulations, you will have to ask your mechanic to replace it with a refrigerant that is environmentally friendly.