Your Air Con Compressor - What you should know! 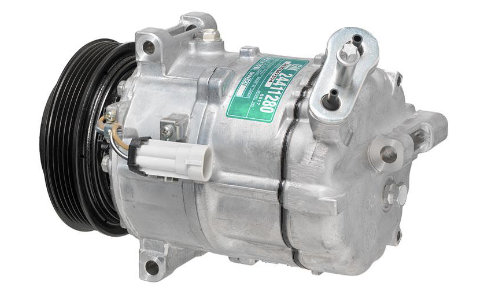 Your Air Con Compressor - What you should know

It's a common misconception that you only need to use your car air con when it's hot. Not true. You should use it in the winter too as it clears steamed up windows very quickly. But either way, for a functioning air con system you need a working air con compressor, or car air conditioning pump as sometimes called. The air con compressor is the heart of the cars' A/C system, it 'pumps' refrigerant under high pressure into the condenser where it then changes from a gas into a liquid.

But when you find the car doesn't cool down when it's hot, and the A/C is on; or the windows aren't de-misting, don't assume the system is low on refrigerant. That is often the cause of the problem but not always, especially if the air con hasn't been used much as the compressor can seize up.

So how do you know when it's time to change the air con compressor?

Usually the compressor is driven by a belt, which can sometimes make a noise, a squeak for example. Or the compressor can leak refrigerant which in turn means less cooling. Often there is no warning at all, no signs of impending failure. It just doesn't work. Sometimes you just need to add refrigerant as a pressure switch in the system detects pressure and tells the compressor to work - or not. But to know for sure what the problem is you need a qualified air con specialist to check it all out, identify the issue and fix any problems. Such as our friends at Cool Car Air Conditioning.

How often should you replace the air con compressor?

The air con compressor should last the lifetime of the vehicle. But that assumes it's regularly looked after, serviced (ideally every 3 years), lubricated etc. A regular car service does not service the A/C system. It may get checked to see if it works but that's all. The compressor can fail for a number of reasons, corrosion, failed bearings, lack of lubricant or refrigerant etc.

Changing it is not something that is done regularly, every 60,000 miles for example; it's replaced when it fails. But hopefully once replaced it never needs replacing again but it's vital, when it is replaced, to identify WHY it failed, what happened to it? Only then can you resolve the cause of failure to stop the same thing happening again. We often see compressors replaced by a local garage when they fail and do not identify the cause of failure so the new compressor fails again shortly after, incurring unnecessary cost to the customer.

Do I have to replace the A/C compressor?

Not always no! if the compressor shows signs of failure then a good service, lubrication and air con recharge can fix any problems and prevent future failure. But if it does fail then you will need to replace it. This isn't a simple case like other car parts of just removing the unit and installing a new one.

The air con system is enclosed, so you have to have any refrigerant removed by a qualified air con specialist; it's illegal to just let it out into the atmosphere. Once removed then you have to flush the system through with a flushing solution, which many companies do not do. This removes any contaminants from the system which can in turn, if not removed, cause the new compressor to fail and invalidate the warranty. Only then can you install the new compressor, changing the drier and expansion valve at the same time and add the correct volume of A/C oil. Then add the right amount of refrigerant and good to go. Many companies and garages do not follow the correct installation procedure and then wonder why the new compressor subsequently fails. We have full compressor installation instructions on this website.

What will it cost me?

The cost depends on a number of factors, not least the cost of the compressor itself which can vary greatly depending on the car. Many companies, including ourselves offer 2 types of compressor, an original one, the same as was on the car from the factory, or a cheaper compressor made to the same specifications as the original. These are cheaper of course, and often referred to as pattern or aftermarket compressor. But the warranty is the same, 12 months and both are new. We do not sell used compressors.

As for the rest of the cost, then you need to factor in the cost of having it done properly, with a new drier and expansion valve, oil, system flush, new refrigerant. Average cost for that, done properly is around £250 plus compressor cost. You may find it cheaper, but check they are doing it properly, are they doing a flush, if so how? Don't fall for the usual "oh the A/C machine does it", it doesn't, or "we vacuum the system or use nitrogen", that isn't a flush either. And are they changing the drier and valve? If not that invalidates the warranty. Is the cost of the drier and valve in the quote? So get some estimates, ideally 3 so you have a comparison. But most importantly check they will do the job properly, it may cost a bit more but saves you money in the long run.

Or call Cool Car, they will do it right. 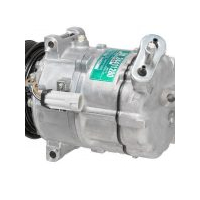