Why is my car aircon compressor not working? 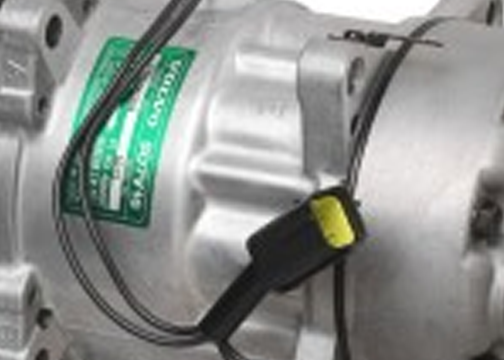 Why is my car aircon compressor not working?

We get this question a lot. Especially after a long, cold winter where most people never think to use the car's air conditioning. So why might the aircon compressor not be working?

There might be one of a number of reasons, for example:

We'll look at each possibility in turn

The A/C system is low on refrigerant

It may be the system is low on refrigerant. A car's air con needs refrigerant to function. One of three types are used, R12 used on cars pre 1992, R134a used on car from 1992 to the present, and the newer R1234yf used on most new cars now replacing R134a). So you may be low on that. Either its leaked out from a hole or worn out condenser, or just naturally over time, especially if the car has never been recharged.

So first thing to check, do I have enough refrigerant.

Similarly to the pressure switch, if you've a blown fuse or relay controlling the compressor, it won't work. So just make sure all electrical issues are ok, check the fuse box.

Too much or too little A/C oil in the system

This is a common issue, especially on older compressors that have never been serviced or on newly installed ones where the installer either didn't add enough aircon oil or added too much.

On many cars, the oil in the compressor has never been changed. Much like the oil in your car it needs servicing, and an oil changed. Leaving it for years means it gets dirty and slowly dissipates. So adding a little oil might help. Alternatively many mechanics and garages when fitting a new compressor do not install it correctly. You must always flush the system first, with a flush solution, and that means the compressor removed from the car, to ensure its clean of debris. Many mechanics think just vacuuming the system or forcing nitrogen through it is a flush; its not, that does not remove debris and oil. Only when flushed so you have a clean, oil and debris free system can you then fit the compressor and add the correct amount of oil. If you just fit the new aircon compressor how do you know how much oil to add as there is still some in the system? This often leads to overfilling which in turn means the compressor has to work too hard to do its job, and fails, OR, they don't add any, and again it will fail.

So please check you have the correct volume of oil in the A/C system.

If your aircon system is blocked, it won't work. The gas cannot flow.

This, as mentioned above means the system must be flushed out to remove any debris from the system. This requires specialist flushing equipment and a flushing solution. On many occasions if a compressor has failed, you need to find out why, because if its seized, then debris from that compressor remains in the system unless removed, and contaminates the new compressor so a few weeks after the new one is installed, that too fails.

This is very common with poor installation and untrained aircon specialists who claim to know what they're doing.

Finally, it maybe your aircon compressor has just given up, failed, dead. It happens. They get worn out. But before heading for an expensive job in replacing it check all the above first, and find out why the old one failed so you know it won't happen again.

You can prolong the life of your car's air conditioning system from a regular aircon service where the car is recharged and compressor oil changed. This should be done every 2-3 years. Also, make sure you use the aircon in the winter months, just for 10 mins a week or so to keep the oil flowing and the compressor working. Aircon is not just for cold air, you can use it for hot air and its perfect from removing condensation on the windows